It’s 2017, and your boss walks into your office and says, “We need to restructure four key departments: Finance, HR, Internal Communications and Information Technology into a centralized function to serve all the core business lines globally. The result of the restructuring is vital for our organization because it’s projected to increase our operating margins by as much as 5-6 percent over two years. I need you to lead this effort.”

It sounds like a good idea until you realize the change will involve 5,000 employees in those departments. Oy! Now that’s some way to bring in the New Year! In addition to a solid organization design strategy (hint-hint, stay tuned for my next article), you will also need a change management strategy and plan in order to transition the entire organization to a shared services model.

END_OF_DOCUMENT_TOKEN_TO_BE_REPLACED

The short answer is: Very collaborative.

Strategic planning requires hearing from all levels of the organization; leaders, managers, co-workers, and employees. And at the end of the day, key stakeholders have to agree on the final mission, vision, and a set of objectives to align around and track priorities. When more stakeholders have input into the plan, then they are more likely to drive the implementation. That’s why collaboration is critical.

But if it were that simple to be collaborative, everyone would be doing it. So why don’t we?

END_OF_DOCUMENT_TOKEN_TO_BE_REPLACED

Many in the industry believe the best way to integrate organizations post M&A is to take the best of both cultures, and build a combined 50-50 partnership. They say it’s the “right thing to do”. It’s how we show homage and respect to the legacy organization. END_OF_DOCUMENT_TOKEN_TO_BE_REPLACED

We’ve heard it dozens of times: Not focusing on culture in M&A integration will lead to immanent deal failure. That can’t be good, especially considering the amount of M&A activity happening these days. According to Deloitte’s M&A Activity Index, there were $1.8 Trillion USD worth of deals in the first half of 2015. Yet, most studies say that only about half of mergers and acquisitions exceed shareholder expectations.

We’ve all heard the stats on M&A, and they only serve to reinforce the idea that deals are destined for failure. So, forcibly combining two corporate cultures into one feels a lot like a mad social science experiment.

Why Not Start With Culture? 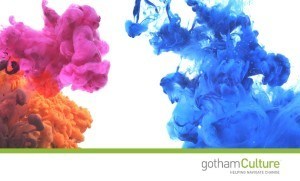 The truth is, it’s far too simplistic to say that culture is the only driver of M&A performance during integration.

In my doctoral dissertation, I investigated whether a similarity between strategy, technology and culture was better or worse for M&A earnings, stock price, and P/E-ratio post acquisition. What I found was surprising. Companies had higher stock prices when they acquired companies with a different strategy, and a different culture.

With this in mind, here are some ideas for companies that are looking to tie “the corporate knot”:

Why Different Is So Much Better

Different is better because it’s easier to force the acquired company to let go of their culture through restructuring and organization redesign. When a clear choice has to be made, the parent organization can easily dominate the target company. A clear path forward is then set.

Strategy sets the direction of where the newly acquired company needs to go. The structure defines what the organization looks like. And culture defines expected employee behaviors. Culture is critical, there’s no doubt about that. However, until you define where you want to go, and how you’ll operate, you can’t define how you expect your employees to behave.