In the wake of the election, we are all trying to figure out how to move forward. We’re trying to learn the lessons that one of the most divisive political campaigns in history has taught us. We are struggling to bridge what feels like an ever-widening chasm between two very separate American publics.

Political Activist and commentator Van Jones recently released a web series titled The Messy Truth, in which he explores the dialogue amongst regular American people during the election. In episode 2, we see four women, all planning to vote for different candidates, sitting on a porch discussing their diverging political views. Jones asks how these women have remained friends during such a polarizing time. One woman replies:

In other words, this is a small town. We interact daily. We have to learn to disagree. Because in the end, we all want to live our lives in this town together.

As we wade through the post-election hangover, we can use this opportunity to think about how the way we disagree affects our ability to stay connected and be successful in organizations. What can small town interactions like these teach us about managing disagreement? What cautionary tales can this year’s polarizing public discourse provide?

Deliberately include people with different opinions. 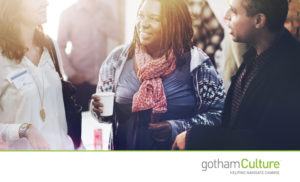 In the post-election news, we’re hearing a lot about the echo chambers in which people, often knowingly, placed themselves during the campaigns. With platforms like Facebook, the option to “unfollow” or un-friend someone with whom you disagree made it all too easy to curate an environment where folks’ beliefs were simply shot back at them. It made people largely unaware of the other side’s reasoning, and inevitably bitter, angry, and unable to productively engage when confronted with an opinion that wasn’t close to theirs.

In organizations, inviting differing opinions means you allow folks at your organization to challenge the status quo and, ultimately, produce more innovative approaches to running your business and meeting customer needs. The problem is, it is easy to see a dissenter as an annoyance or as someone you “just don’t see eye-to-eye with.” Suddenly, that person is invited to fewer meetings, or worse—let go. Often, that person is simply never even hired.

Take deliberate steps to invite different world experiences and perspectives into your meetings and your organization. Have a co-worker with whom you continually disagree? Keep inviting her to your important meetings. Notice that your department is an echo chamber? Focus your hiring on skills and competencies that would bring in opinions you’re not hearing.

“I’m a liberal, and I have a carry permit, and I hunt deer.”

– Woman on the porch, The Messy Truth (Episode 2)

During election seasons, we typically see complex issues reduced to convenient soundbites and either/or positions that make everything seem like there are only two sides to every argument. But for most people, in small towns and organizations alike, opinions are more complex than side A or side B.

Organizations, be warned: by reducing disagreement to a fight between A or B, a choice between red or blue, you rob yourself of the opportunity to (a) fully understand a problem and (b) find any common ground with the person (or persons) on the “other side” of the table from which to move forward. You risk isolating employees who don’t share the opinion of the popular side.

Even if you disagree with someone on one side of an issue, chances are you can find another aspect of it where you both agree. Productive disagreement, from the boardroom to the shop floor, requires a commitment to understanding the many sides of a problem and the many reasons underlying a person’s point of view. Prioritize the time it takes to understand people, rather than seeking to reduce disagreement to a “simple” choice between two opposing sides.

Use your words… to ask better questions.

If you turned on the news or the debates this election, you saw people talking at each other. Everyone had an opinion, and that opinion fell to one side or the other. What we saw on TV reinforced the same behavior at the local level – I am certain that we each witnessed political disagreement where every person in the conversation was just stating their opinion over and over.

The post-election fallout, however, has called for more listening on both sides. For every angry post I’ve seen, I’ve seen another on how much we all failed to listen to each other this year, and how we need to do more to understand the other side.

For as popular as Seven Habits of Highly Effective People is, it’s never been harder to “seek first to understand, then to be understood.”  Here’s a clear first step for those times in your organizations where disagreement is moving in the “talking at one another” direction:

Ask questions that are sincerely aimed at understanding, not challenge. A good rule of thumb is to focus on “how” and “what” questions, rather than “why” (these can have an accusing tone and put people on the defensive). For example:

“What do you make of (a certain situation, differing opinion, option for solving a problem)?”

“What makes you want to approach the problem that way?”

“How does this problem affect you, personally?”

“Can you tell me how you got there? I want to understand where you’re coming from.”

Much like a small town, we must cross paths and work with people in our organizations that don’t share our opinions or problem-solving approaches. In the end, what matters is your ability to accept disagreement and engage in it productively, without polarizing, shutting down, or losing people altogether. Challenge yourself in the coming days to apply lessons from the post-election season to a disagreement in your organization, and observe how it changes things. 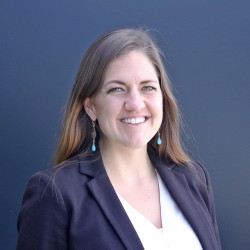 Chelsea Weber
Associate at gothamCulture
Chelsea Weber is personally dedicated to the genuine inclusion of the diverse groups involved in change efforts through deep dialogue, skilled facilitation, and systems thinking. She has supported the design and facilitation of numerous leadership development events for government clients, and she has carried out data collection, analysis, and interpretation activities for several organizational assessment and dialogue efforts.