As most any business leader will tell you, change can be tough. Leading change in large, established organizations can be downright painful.

This shouldn’t be surprising. Well-established organizations have developed a certain level of cultural “inertia”—a certain way of doing things that have served them well for many years. And this may be all the more true in heavily regulated industries, like banking and finance.

Despite this inertia, however, digital technology is making it increasingly unrealistic for these stalwarts of the old guard to argue for business as usual. Think about it. How many interactions with brands today are not conducted via some sort of digital communication? Apple’s old catchphrase, “There’s an app for that,” is humorous because it’s true.

Technology is certainly disrupting everything from how we grab a taxi to how we get our groceries. There isn’t a corner of our lives that technology hasn’t, or soon won’t have, made its mark.

Given this profound environmental shift, forcing organizations large and small to rethink the fundamental way they serve their customers, more and more organizations are following in the footsteps of tech firms by adopting a DevOps way of working.

But how are these large, established corporations able to adapt and evolve to compete in this new and rapidly changing business environment?

One bank, Westpac New Zealand, is doing just that.

Leading Change in a 150-Year-Old Bank 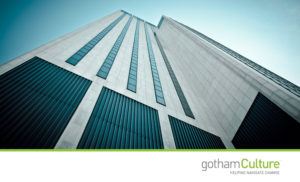 I had an opportunity to spend some time with Dawie Olivier, CIO of Westpac New Zealand, to understand how he and his team have begun this kind of cultural transformation in a bank with a 150-year history.

“We started with the fundamental premise that every day at work doesn’t have to suck,” says Olivier.

Olivier, a congenial, former naval officer, shared that even in the highly regulated world of finance if companies are able to show that they are better able to stay compliant as a result of DevOps because they are able to catch and resolve issues much more quickly, stakeholders are apt to get on board.

So, if you’re a leader in a highly regulated industry who is interested in evolving your organization’s culture to meet the demands of today’s consumers, here are a few tips from my interview with Olivier at the 2016 ChefConf in Austin:

Indicators That Your Change Efforts Are Working

A little over a year into the transformation, Westpac New Zealand has gone from a last resort technology employer to where “We have people who left and want to come back, and our agents are fielding direct requests to specifically join our team,” says Olivier. “Those are the real signs that the culture change is working.”

Westpac New Zealand was also awarded the Best ICT Culture award at the CIO Awards in June of this year. An award that is nominated and awarded based solely on crowdsourced input from employees themselves.

One of the most important elements of any large-scale change effort is getting buy-in from your people. “Most often unleashing new tools or methodologies is done without laying the groundwork first,” says Olivier. The danger is, your stakeholders don’t yet understand why this methodology supports their aspirational behaviors.

I haven’t met an organization yet that hasn’t wanted to increase velocity and performance. But, as Olivier so eloquently stated, “Velocity is an outcome. The fuel that makes that work is culture.” Westpac’s change journey serves as a powerful example for all organizations—even those in highly regulated industries—of the critical role of culture in driving change in the right direction.

This article originally appeared on Forbes.